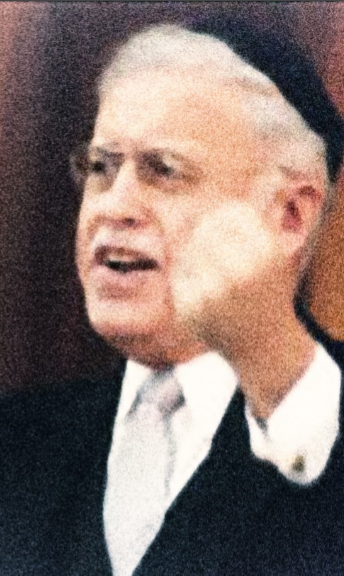 Once in the middle of his speech, Rabbi Moshe Sherer pulled from his wallet a copy of an order, issued November 23, 1940, from the German High Commander I.A. Eckhardt to the German Army of Occupation on Poland, which he always carried with him.

In this order Eckhardt commands that the Ostjuden, the Eastern European Jews, must not be allowed to escape because they comprise the majority of the rabbis and “Talmud teachers.” If the “Talmud Lehrer” escapes, warns the Nazi commander, they can bring about the spiritual regeneration of world Jewry, even American Jewry.

Those words would prove as prophetic as those of another enemy of Israel, the prophet Balaam.