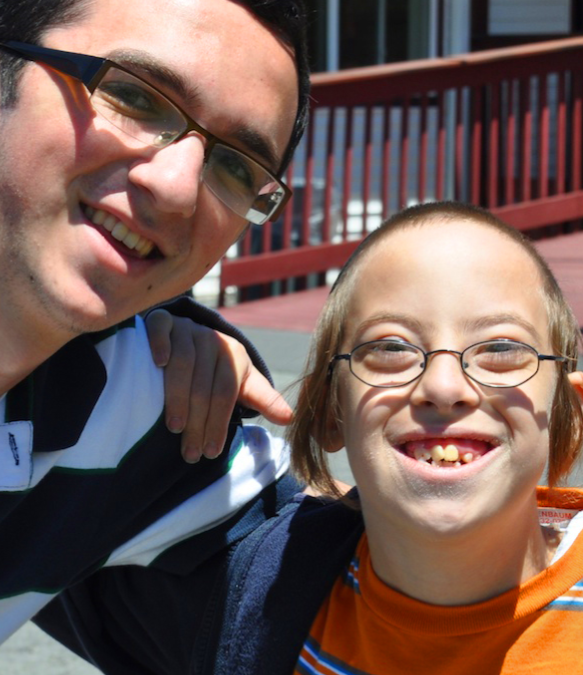 It was not unusual for those waiting to speak to the Skverer Rebbe to be standing in line in his home at 2 a.m. People came to ask questions or receive advice about their children, businesses, and other matters. This particular time, the line included a young man named Yoni. He was about 18 years old and was dressed in jeans and a very nice three-button shirt: standard fare for someone dressing nicely on a Saturday night, but not exactly standard dress for those coming to see the Rebbe. Yoni‘s clothing and his white-crocheted yarmulke drew more than a few glances from the others — mostly dressed in shtriemlach and long coats — as they all waited patiently for their turn. Finally, it was Yoni‘s turn. He walked into the Rebbe’s inner chamber with some trepidation. Gathering his courage, he looked at the Rebbe and asked him for a berachah for a refuah sheleimah for Yerachmiel ben Baila. The Rebbe looked up, and then closed his eyes, and repeated with great concentration, “Yerachmiel ben Baila zol hubben ah refuah sheIeimah.” As he was about to leave, one of the Rebbe‘s gabbaim grabbed Yoni by the arm and asked excitedly, “From where do you know the name Yerachmiel ben Baila?” Yoni explained that he worked in the summer in a camp called HASC (Hebrew Academy for Special Children). “All types of children, from all different backgrounds, come to HASC. Well, Yerachmiel ben Baila is my camper. I spent every day with him the ﬁrst half of the summer. I dressed him in the morning and played with him and fed him and even put him to bed at night.” The man listened carefully. As Yoni continued speaking, he couldn’t help but wonder why the man was so interested. “Today is YerachmieI’s birthday. I wanted to buy him a birthday present. but I could not ﬁgure out what to get him. He would not be able to play with a video game or even a ball. So I decided to come to Skver, since the boy is a Skverer chassid. I ﬁgured that the best birthday present I could get him would be a berachah from his Rebbe So that’s why I came here tonight.” Yoni was surprised to ﬁnd that the man to whom he had been speaking was crying. “I’m sorry. Did I say something wrong?” “No, not at all  I just want to thank you. You see  Yerachmiel ben Baila is my son.”    (From Touched By Their Tears By Rabbi Yechiel Spero, Published by Artscroll Mesorah)