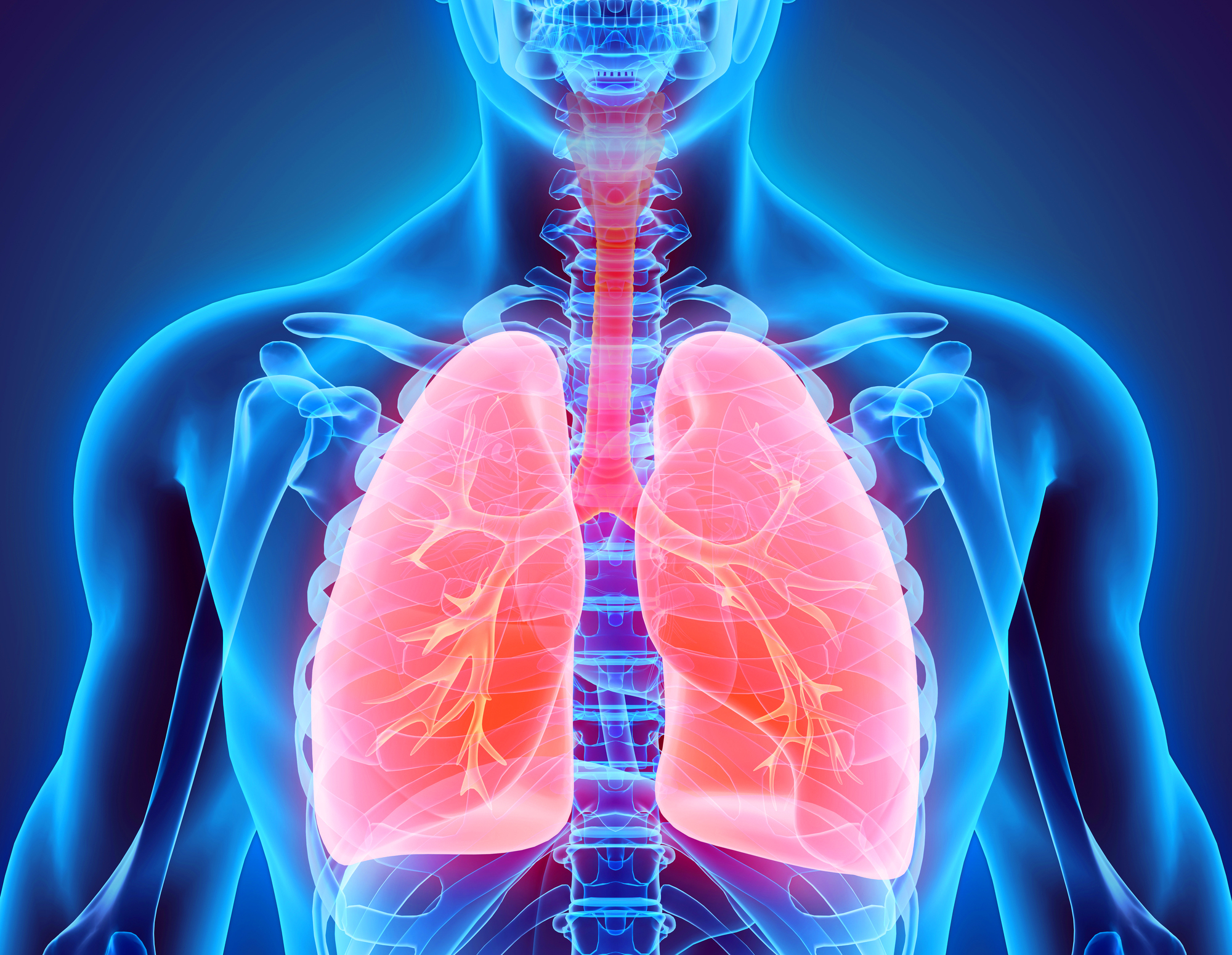 Here is another miracle system. Air enters your nose and passes down to that same pharynx again. But this time, the swallow mechanism is not in operation, so the air goes directly downward into the larynx, past your voice box, and into the trachea, which then divides into the two bronchi, which then lead through the bronchioles into tiny air sacs called atria. Think of two trees with their branches continually rebranching until finally they end-in grapes! That is the appearance of the bronchi, bronchioles, and atria. Tiny projections, called alveoli, protrude outward from each grape-like atrium into the lung. It all does look very much like a bunch of grapes! The plan is to exchange oxygen for carbon dioxide-as much as possible and as quickly as possible. There are over 400 million alveoli; each one is closely connected with blood and lymph vessels, nerves, and connective tissue.

That is what, on the inside, your lungs look like; From the outside, the lungs appear to be two cone-shaped organs, nicely designed to fit the space in your chest. Your left one is not as large, in order to make room for the heart just below it. Your lungs hold about 31/z quarts [3.3 liters] of air, and are remarkably like air bellows, partly filling, partly emptying, partly filling, partly emptying; this goes on constantly, night and day. It should not take long for such action to wear a hole in the side of the lungs, but instead they are wrapped inside the pleural cavity. Moist fluid is exuded by the walls of the pleural membrane, which provides a slippery surface for the lungs to move against.

Please remember that, throughout this exploration, you are observing only the barest outline of the body systems. It is similar to lifting the top off the central processing unit of a home computer, letting you gaze within at the electronic boxes and cards neatly stacked inside,-and then concluding that you understood the complexity of a computer!

Several lengthy books could easily be written about each italicized word in this article.