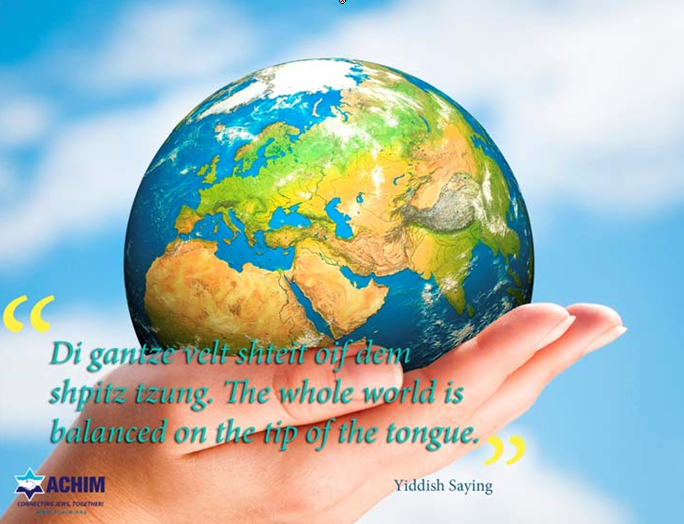 Everything in this world exists in a delicate equilibrium. There are forc- es that pull in one direction and forces that pull in the opposite direc- tion. Both forces are needed to create a perfect balance. If one force pulls a bit harder then the alternate force needs to be adjusted. This is why our world is such a magnificent demonstration of HaKadosh ba- ruch Hu’s Unity. Every force is adjusted to perfectly match its counter- force. This is true in microbiology as well as in astrophysics. The slight- est deviation can throw everything out of order. (Of all the infinite forc- es that there are HaKadosh baruch Hu controls them all.)

The Jewish people are no different. We are no less a creation of our Creator. As such, we also depend on a very carefully balanced equilib- rium. Every member of our most beautiful nation is needed for our na- tion to be complete and to be balanced. The respect and dignity of  each member must be held in the highest order because everyone of us are needed and everyone needs their due respect. (Of course regarding people who are dangerous in one form or another protective safeguards must be taken. Lashon hara is permitted under certain circumstances when preventive measures are needed.) When lashon hara is propagat- ed and another Jew’s reputation is damaged then the equilibrium  has been offset and the counterforce must kick in to correct that deviation. The reason the Torah treats lashon hara with such severity is because the balance has to be reset.

We find a similar parallel in the k’tores offering. The most effective offering and the most sanctified offering brought in the Temple was the k’tores, a spice offering. It was composed of 11 ingredients. When burnt, the k’tores gave off the most magnificent fragrance. One of the main ingredients was the chelbina which by itself was extremely malodorous. If this ingredient was missing, the k’tores was not accepted. Behold! What might have been perceived as the outcast is critical for the composition of this most fragrant offering. Just as the k’tores needs its chel- bina and without it, it is disqualified, so to our people need our chelbina even though it appears to be malodorous her standing should not be belittled in our eyes – we need her!

How fortunate we are to be part of such a beautiful nation where every member has their distinct role, deserves to their due respect and even what they think makes all the difference.