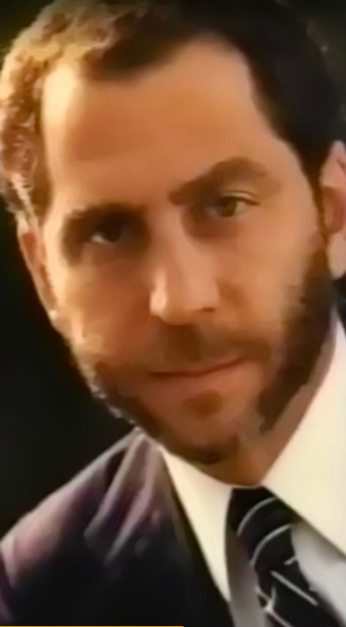 Rabbi Kanarek is dean of both Bnos Yisroel Elementary School and Bais Shaindel High School in Lakewood, New Jersey.    He proudly relates the following story.
I was Joseph Beyda’s ‘teacher” in religious studies. I’ll explain why the word teacher is in quotes.  Joseph and I had a very close relationship. Once, he had a special request: “I have to travel to Bentonville, Arkansas,“ he explained, “and I don’t want to skip out on my studies. Come with me on my trip, and we’ll study together in our free moments.“ I agreed. Bentonville was the headquarters of Walmart, which had over two thousand stores. Joseph’s relationship with them went way back, to when Walmart was only a small chain. As Walmart grew, so did Joseph’s business. Joseph’s firm was one of the main suppliers of linens for this huge chain. His annual appointments were nearly automatic. For new suppliers, however, it was a different story. Salespeople often had to wait months to get an appointment with a buyer if they were fortunate enough to get one at all. The linens department was practically closed to new salespeople, since the chain was very happy with Joseph’s merchandise and had no reason to look elsewhere. Joseph and I arrived some time before the appointment, and we sat down to study together. Joseph, however, couldn’t concentrate. His eyes were drawn to another man who was pacing back and forth in the waiting room. “Who’s that?” I asked.  “That’s one of my competitors,” Joseph replied. After several more minutes, Joseph got up and went over to the fellow. “Is something wrong?” The man sighed. “I’ve been trying to get an appointment for ages. Somehow I was under the impression that I had an appointment for today, but when I got here, it turned out that it was a misunderstanding. They don’t want to see me.” Joseph stood silently for a moment, deep in thought. “Let me see what I can do for you, “he said finally. ‘ He walked down the corridor to the buyer’s office and poked his head inside. “Hi, Frank (this name is fictitious), it’s me. Listen, why don’t you see this other supplier?” “But I don’t want to. I don’t need his stuff. I’m happy with what you give me.” “At least give him a chance,” Joseph argued. “Why should I? And besides, he’s your competitor! Why do you want me to give him a chance?”  “That doesn’t matter. There’s room for everyone. Why shouldn’t he make some money, too?” Frank finally agreed to see the other man, and Joseph came out with a smile. “Okay, he’ll see you right now. Go in.” The man looked bewildered. “Right now? But — but all my stuff is in the car! I don’t have my samples ready!”    “No problem!” Joseph said cheerfully. He turned to me: “Let’s give him a hand.” We ran to the competitor’s car, took out the samples, raced back to the buyer’s office and quickly set everything up. The man watched, open-mouthed. I was amazed at what I had seen. All this time I thought that I was the one teaching. Instead, it was Joseph who taught me the real lesson.      Joseph How one man can make a difference, By Jack Doueck, Sephardic Press page 262