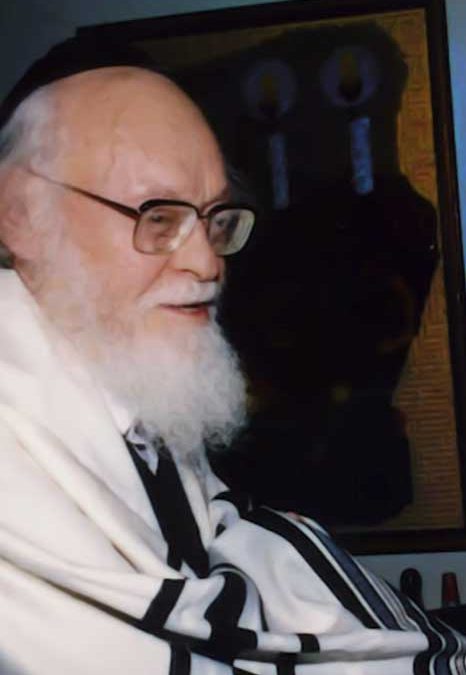 One of the Elyashiv’s neighbors on Rechov Chanan, an elderly widow named Sarah Rochel Goldman, never had children.              One day, Mrs. Goldman dejectedly said to Rebbetzin Elyashiv, “Shayna Chaya, when I pass on from this world, what will I leave behind? I will never have anyone named after me, as I have no children. There will be no remembrance of me at all.”

Rebbetzin Shayna Chaya was under 30 years old and expecting her third child at that time. Her empathy for her septuagenarian neighbor was so deep that she went home crying. She and Rav Elyashiv decided that if this child was a daughter, they would name her Sarah Rochel. Although according to Ashkenazi custom a baby  is not named after a living person, Rav Elyashiv felt that in this particular case, the chesed of raising the spirits of the lonely widow took precedence over the custom. A short while later the baby was born –  it was a girl. Mrs. Goldman was elated to learn that the Elyashivs had named their newborn daughter in her honor.

The baby brought new life to the older woman. Before every Yom Tov, she would visit and bring candy for her young namesake, along with apologies that she was unable to afford more expensive gifts.

One day, when Sarah Rochel Elyashiv was about 10 years old, she and her sister Batsheva met Mrs. Goldman, who was already past 80. Mrs. Goldman asked the two girls to stand next to each other, and she observed that Sarah Rochel was slightly taller than her sister, who was a year and a half older. The old lady quipped, ”I assume that Sarah Rochel is taller because she has one virtue that Batsheva doesn’t have: she was named after me!” Mrs. Goldman passed away about two years later, right before the bas mitzvah of her namesake.

Rebbetzin Sarah Rachel (Elyashiv) Yisraelson once asked her father if he had had any reservations about having named her after Mrs. Goldman. After all, the woman was still alive when she was named in her honor, and Mrs. Goldman had had a very difficult life and was not blessed with children. Rav Elyashiv told his daughter, ”If one does chesed, no harm will befall them!”