HELICONIUS AND THE PASSION FLOWER 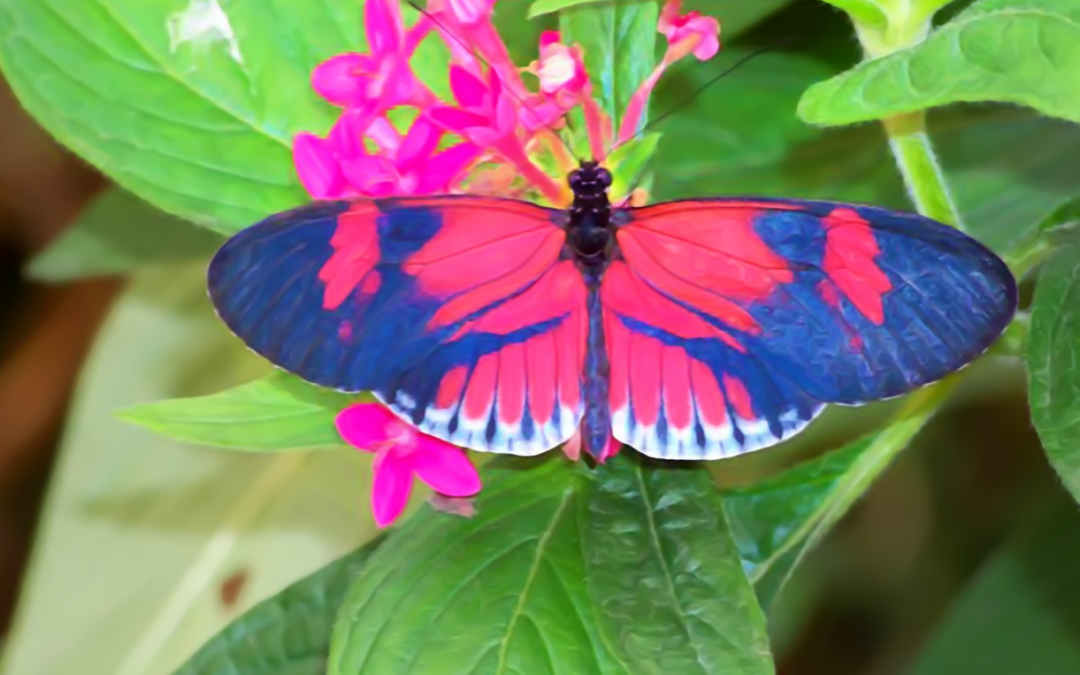 Butterflies of the genus Heliconius only lay their eggs on the tropical vine, the Passiflora, which is the passion-flower plant. The vine has features which appear to mimic the distinctive bright yellow eggs of the butterfly.

Each species of this butterfly lays its eggs on only one species of the passion-flower. This makes it difficult for the female to locate the proper plant. For example, on the island of Barro Colorado in Panama, there are 1,369 plant species, but only 11 of them are passion-flower species. So the little butterfly has available to it only a few of all the plants on the island.

Next, the butterfly must ascertain whether the plant has room for more eggs. If too many are laid, the plant will later be stripped of its leaves by the butterfly’s offspring – the caterpillars – and die. The death of that species of passion-flower will bring the end to the type of butterfly that depends on it.

The female must therefore make “an egg load assessment.” This is a well-documented occurrence not only in Heliconius butterflies, but other insects as well. As a result of this survey, the female may lay her eggs or may fly off to check out another passion-flower plant. Research studies reveal that very few eggs are ever laid on any one plant. In addition, as part of the “assessment,” the female will check on the possibility that the plant might be too young. If the eggs are deposited too early, the hatching caterpillars may devour the shoots before its new leaves appear. The caterpillars will then only have tough old leaves to eat and will die from starvation. A lot of careful, yet complicated, thinking must be done by that tiny insect.

In another experiment, female butterflies were turned loose in a greenhouse with plants, some of which already had eggs on them and some of which didn’t. The egg-free plants had new eggs placed on them 70 percent of the time, whereas only 30 percent of those with eggs had additional ones deposited. In addition, the butterfly took twice as long to lay eggs on that 30 percent of the plants, because it first checked out all the other plants, and finally, in desperation, laid additional eggs on plants that already had other eggs. But when this was done, the new eggs were laid on the plant as far as possible from where the other eggs were already laid to insure that there would be enough food for both clutches of caterpillars when they hatched.

Pretty smart butterflies; too smart for a creature that tiny.

Similar studies of butterflies and plants in America have resulted in similar findings. These include the swallowtail butterfly and plants of the genus Aristolochia. So there are a variety of other insects which go through the difficult decision making process about plant species, and egg assessment that the Heliconius must make.

How comforting it is know how much thought went into planning this complex world we live in.