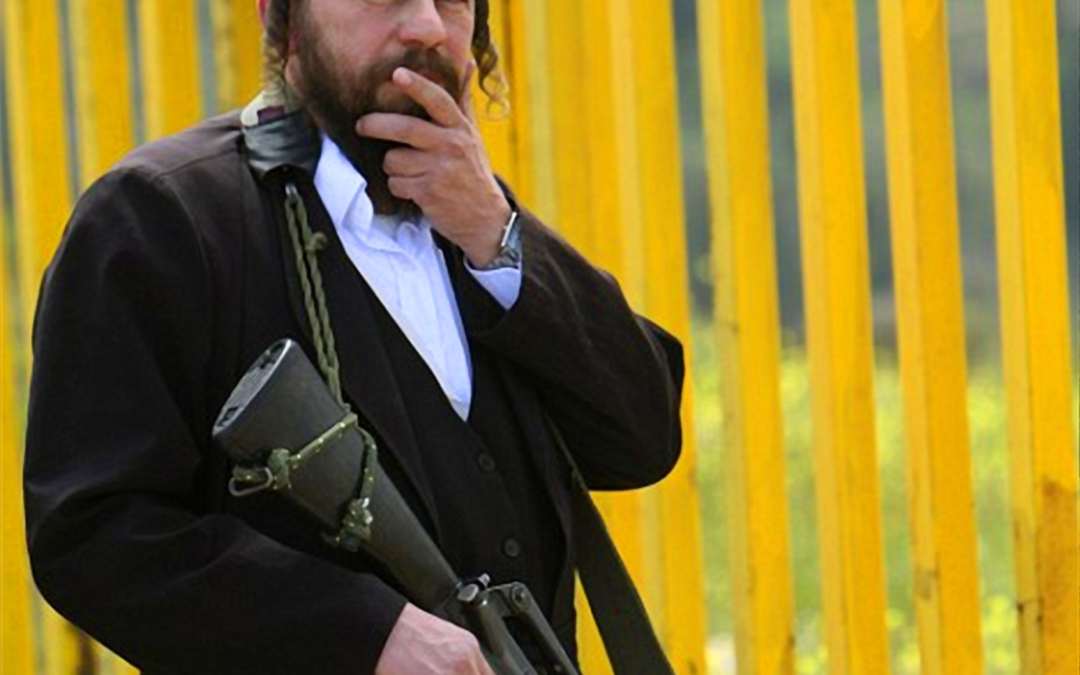 This week’s Torah portion discusses the mitzvah of the Sotah. Part of the procedure of the Sotah was to erase a scroll with the name of Hashem written on it. Our Sages teach that creating peace and reconciliation between a husband and wife is so important that Hashem is willing to have His Name erased in order to establish peace between them.

This is an example of the mitzva to “pursue peace”.

This raises the following interesting question. Zev lived in Eretz Yisrael in the area of Yehuda and Shomron. This area is known by the non-Jewish world as “The West Bank”. Obviously the security situation while living in in Yehuda and Shomron was very different than living in Bnei Brak. Sadly, there were often reports of terrorists attacking the Jews who lived there. For this reason Zev went through military and arms training. To protect his family he always carried a sidearm. Zev wanted an expensive automatic rifle to provide even greater protection to his family. Finally after saving for a while, he was able to afford the $1000 rifle.

The purchase gave him great joy. He felt that he would be able to protect his family to an even greater extent. Zev knew that one makes a bracha of Shehecheyanu or Hatov Vehameitiv when one buys a new car or expensive furniture. This new purchase of the rifle made him very happy. He asked the question of whether he should make a similar bracha on the purchase of this new gun.

On one hand the gun was a utensil that brought him joy. He bought it with the intention to do the mitzvah of protecting his family from harm.

On the other hand the fact that he needed a gun was a sad reminder of how dangerous the world was. Perhaps it would not be appropriate to make a bracha on a new gun, What do you think?